The Story of Carry the EARTH

fruit trees for the bees 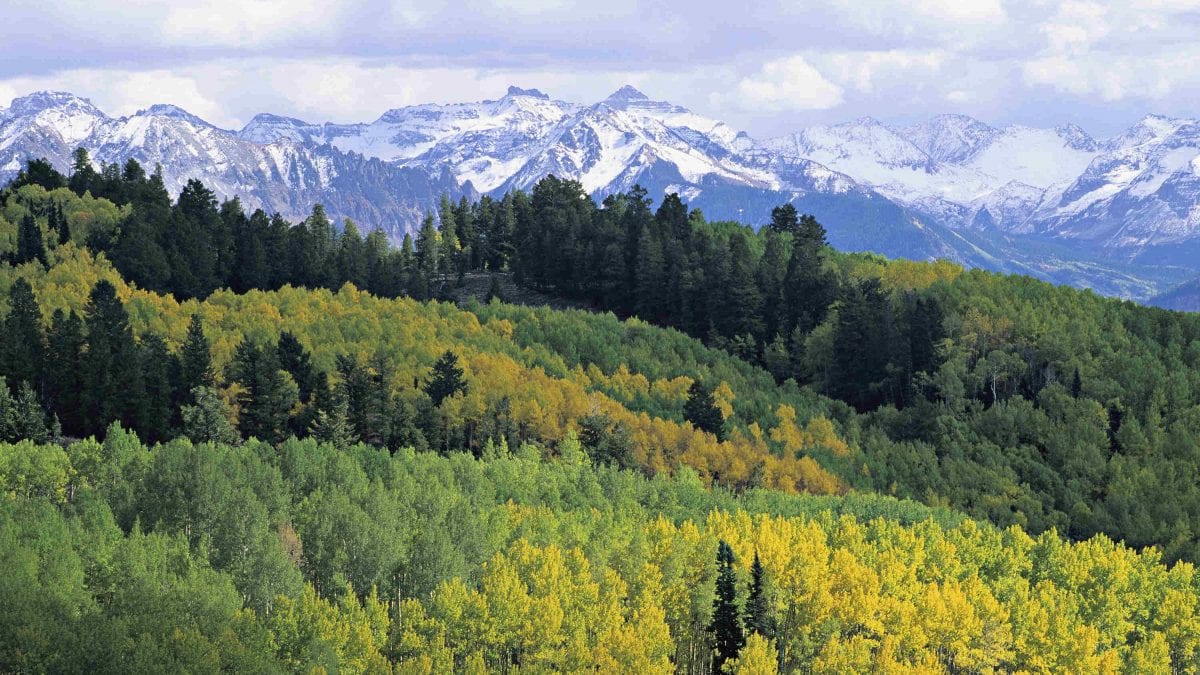 When I first received the globe and held it in my hands, I had the question from Ronnie in mind, to THINK about my biggest environmental concerns. I got overwhelmed by the images depicting my environmental concerns. The globe is very beautiful, and it takes to hold it in your hand to feel its real power. The weight, the changing colours, and, when you get your eyes close to it, the dancing characters you see through the magnifying glass of the globe, make one deeply connected to a sense of gravity. The thing is, I have too many environmental concerns. They are all interconnected of course, but can be summarised under three main causes 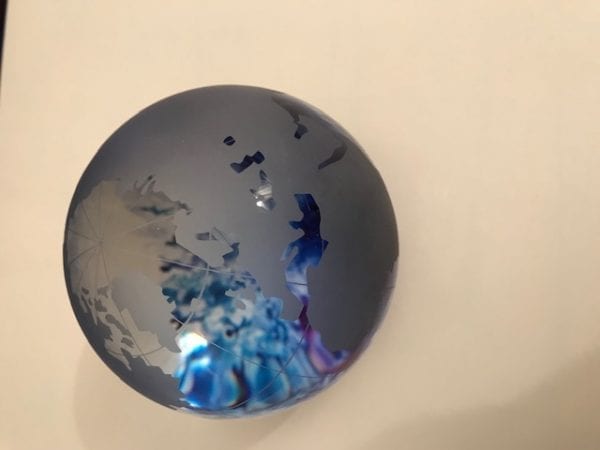 It is clear to me that human beings, although part of the life system which has tailored earth over billion of years to make it so hospitable, have a major responsibility in the dramatic change of the balance of this system. And only human beings’ actions can stop the changing trend and help regenerate it. But at first I felt a little bit powerless, facing all my concerns, to try and identify a concrete action that would make sense to me. Any action I would take, it felt, would be too small for the challenge. I knew of course that it is the addition of the small actions that matter, and I do my share, trying to use little water, save energy, collect and sort my waste, etc. But nonetheless I wanted to take an action that could be imprinted in time.

It is with this state of mind that I went to the Alps, where I am the lucky and happy owner of an old house from the 18th century. It is very isolated, at about 1000m altitude, and I know the place since I was borne. Reflecting on the question from Ronnie, I could stare at the beautiful colours of autumn, the red, yellow and brown leaves of the forest surrounding me. I noted something I had noted several times already throughout the years: the changing altitude of the line between the colours of the broad leaved trees and the remaining green of the fir trees. This is a direct, and very noticeable effect of climate change, a little bit like the receding glaciers: the broad leave trees, in mountains, grow until a given altitude (which of course depends on your latitude and a number of other factors), after which the fir trees take over, until all vegetation disappears at higher altitude. My house happened to be at about this altitude in this area. And over years, I can see in Autumn the line between the colourful broad leaved trees and fir trees go up. I would say that over the last two decades it has changed by a few tens of meter. If at all necessary, the reality of climate change was made even more striking by a few red strawberries near the house (in November !!!). 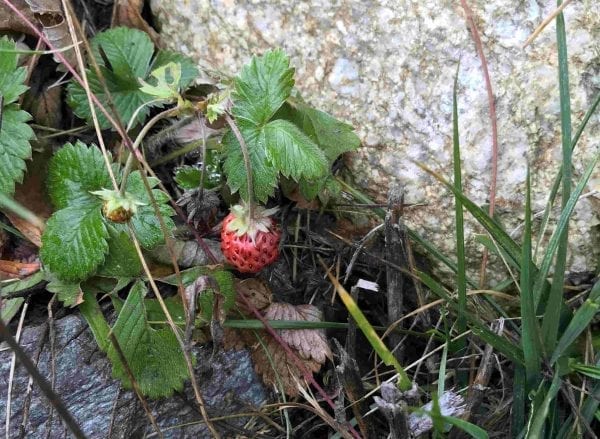 There are plenty of other signs of climate change in mountains: new species at given altitude (birds, butterflies, rodents, insects), others disappearing. It has direct impact on our life, for example in the south of France we have new type of mosquitos that can transmit diseases that were once found only in tropical countries: chikungunya, dengue, Zika…

Over time I have noted that the impact on fruit trees is very large. A lot of the trees around the house (some are more than 50 years old) are getting new diseases, pests, or are getting out of phase with the climate and die. Others are blossoming earlier and not getting pollinated, the increasingly missing rainfall in August keeps the fruits dry, etc.

I thought how much trees are really unique, at the crossroad of so many of my environmental concerns: They are the source of our breathable atmosphere and the strongest air pollution cleaners; they regulate temperature and humidity; they prevent erosion and desertification; they are home to so much wildlife; they provide fruits; they are a source of renewable energy; natural housing material; and so on.

Looking at this changing environment for all the trees around the house, I found my action: while I have for years tried to manage the forest around my house (cutting sick or non-adapted trees, ensuring the right density for trees to grow in a balanced manner, and so on), I decided to find and plant trees that would be adapted to the new climate, potentially resistant to the new pests, blossoming at the right time to be pollinated, and finally ensuring that I could continue making fruit marmalades for my family.

I did some search, and found a unique tree nursery, far north in the Alps from my house. This tree nursery is collecting antique trees, or newer species, specifically adapted to mountains and different climates. Cherry on the cake, it is an organic nursery (it goes without saying that I do no plan to treat my trees). After chatting with the owner over the phone, I thought about buying ten trees. Then I got more reasonable and ordered only 4: 2 cherry trees, one pear, and one plum tree.

A few hours’ drive later (not good for my carbon footprint, more trees needed), I was back home with my trees. It took me several hours to dig the four holes (I had to remove a couple of boulders). I was glad I had taken with me only 4 trees! But I also decided I will plant a few every year, trying to increase diversity. My hope is that those trees will also encourage bees to find their home, birds to follow, and so on. 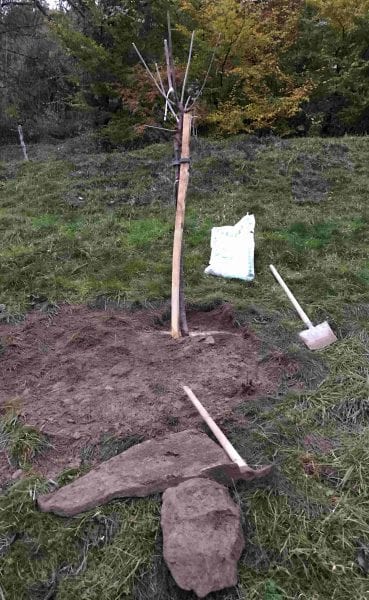 I will have to wait until next spring to see if the plantation is successful. And a few more years before I can tell whether they are adapted to climate change.

In any case, I am thankful I was part of the carrytheearth initiative, which will help me think about what I can do in a more constructive manner. 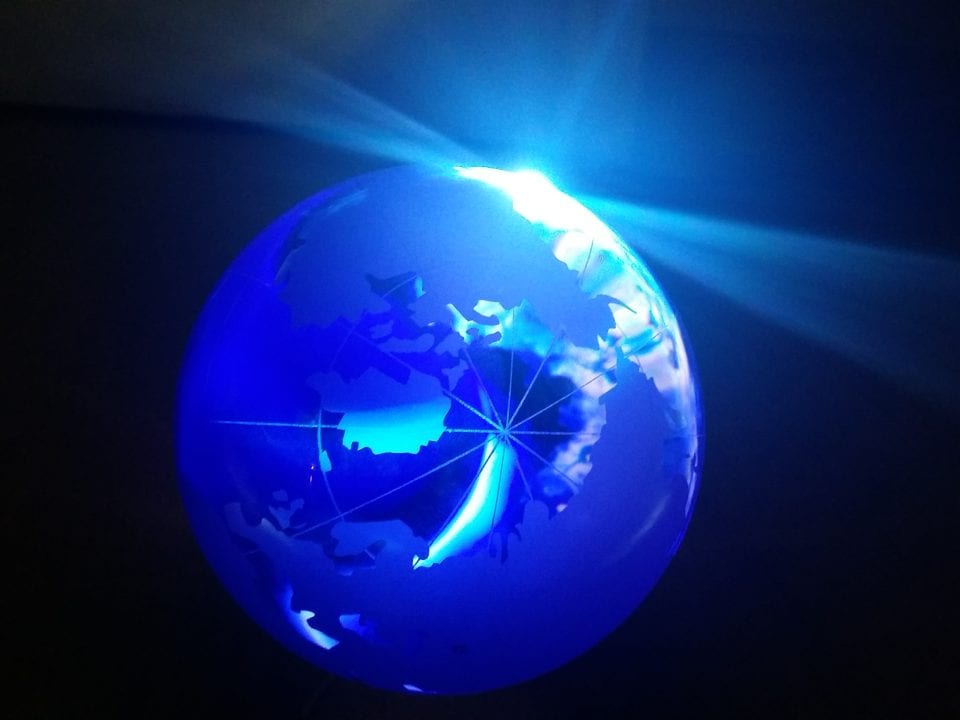